The politicization of the trucking industry

I previously wrote a blog post that discussed the results of a survey we conducted at Courtroom Sciences, Inc. on juror perceptions in the wake of COVID-19. More specifically, the blog post discussed jurors’ perceptions of the trucking industry in light of the coronavirus pandemic. In that study, we found that 51% of respondents indicated that they had no change in their opinion toward trucking companies, 23% indicated that their opinion was somewhat more favorable, and 21% indicated that their opinion was much more favorable. The takeaway from that research was that the trucking industry should not be so quick to assume that the tide has turned and that nuclear verdicts are a thing of the past. However, the results left me wanting more to suggest to the trucking industry. Therefore, I began to analyze the data from a different perspective.

The analytical backdrop for my additional analyses came from my realization that the public’s response and the object of blame for the COVID-19 pandemic is largely divided down political lines. For example, our data indicates that juror perceptions about the seriousness of COVID-19 and the government’s response to the pandemic differs depending on whether respondents were Republican or Democrat. As illustrated in the table below, self-identified Republicans are less concerned about the coronavirus and are more supportive of the government’s handling of the pandemic than self-identified Democrats.[1] Not surprisingly, individuals who indicated that they planned to vote for President Trump in the November 2020 presidential election also significantly differed in their responses to these statements compared to individuals who indicated that they did not plan to vote for President Trump.

These polarizing results led me to question whether a similar dichotomy exists regarding support for trucking companies following the COVID-19 pandemic. Surprisingly, I did not find any significant difference in support for the trucking industry and political affiliation. No difference existed between support for the trucking industry and intent to vote for President Trump in 2020 either. On average, all participants indicated that they were somewhere between having the same views toward the trucking industry or having somewhat more favorable opinions. However, our initial round of data collection was done in “judicial hellholes” (e.g., Los Angeles and Chicago) at the height of the pandemic. It is quite possible that these null findings may have been an artefact of the selected sample. Specifically, only 18% of respondents self-identified as Republican compared to 51% of respondents who self-identified as Democrat.

Following the death of George Floyd, the widespread Black Lives Matter (BLM) protests, and the “reopening” of many states, we began a second round of data collection in additional cities and states. We also added additional questionnaire items. This approach would allow us to capture new data from participants who may be seeing the world differently than they would have only a few weeks prior. Much like the first survey, we asked jurors to provide input into how much their perceptions of the trucking industry have changed as a result of COVID-19, their political affiliation, and whether they were planning to vote for President Trump in 2020. The second iteration of this survey also included questions regarding support for the recent BLM protests. 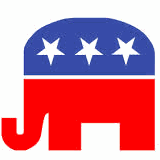 Figure 1. Comparing Favorability Ratings of the Trucking Industry across Political Affiliation, Support for President Trump, Support for the BLM Movement/Protesters, and Likelihood of Appearing for Jury Service

These results also highlight that a premium must be placed on jury selection in trucking cases, post-COVID-19. Knowing whether jurors are Republicans or Democrats will not automatically indicate whether they are pro- or anti-trucking industry, however. On their own, demographic variables are poor predictors of verdict orientation. Instead, attorneys should consider the use of scientifically valid supplemental juror questionnaires that will allow individuals to answer potentially sensitive questions in a more truthful manner than asking the same questions in open court. These questionnaires will also allow attorneys to elicit case-specific attitudinal responses that can be used in conjunction with other information, including demographics. Because, in the end, as everyone in the United States attempts to navigate this “new normal,” attorneys and clients must ensure that they are making data driven, research supported decisions, not ones based on hunches, gut feelings, or anecdotal evidence.

[1] We also examined the strength of the association between political philosophy (1 = very liberal to 5 = very conservative) and ratings of the four statements listed in Table 1.         As expected, the results looked similar to those when comparing Democrats and Republicans. Therefore, we are only focusing on the dichotomous Republican/Democrat         variable for ease of understanding.